Virginia Slims  proclaimed, “we have come a long way, baby?”

That became one of the prominent slogans of the women’s liberation movement. It was a celebration of upward mobility and hope for greater gender equality.

After all, she, as head of the Department of Education, just released new Title IX guidelines. They will ultimately destroy all the hard-fought progress the movement worked so tirelessly to achieve.

The new measures especially will be damaging to sexual assault survivors on college campuses and in K-12 schools.

The advocacy organization Know Your IX, who is actively fighting for the rights of survivors, issued an outline of the damage these changes will have. 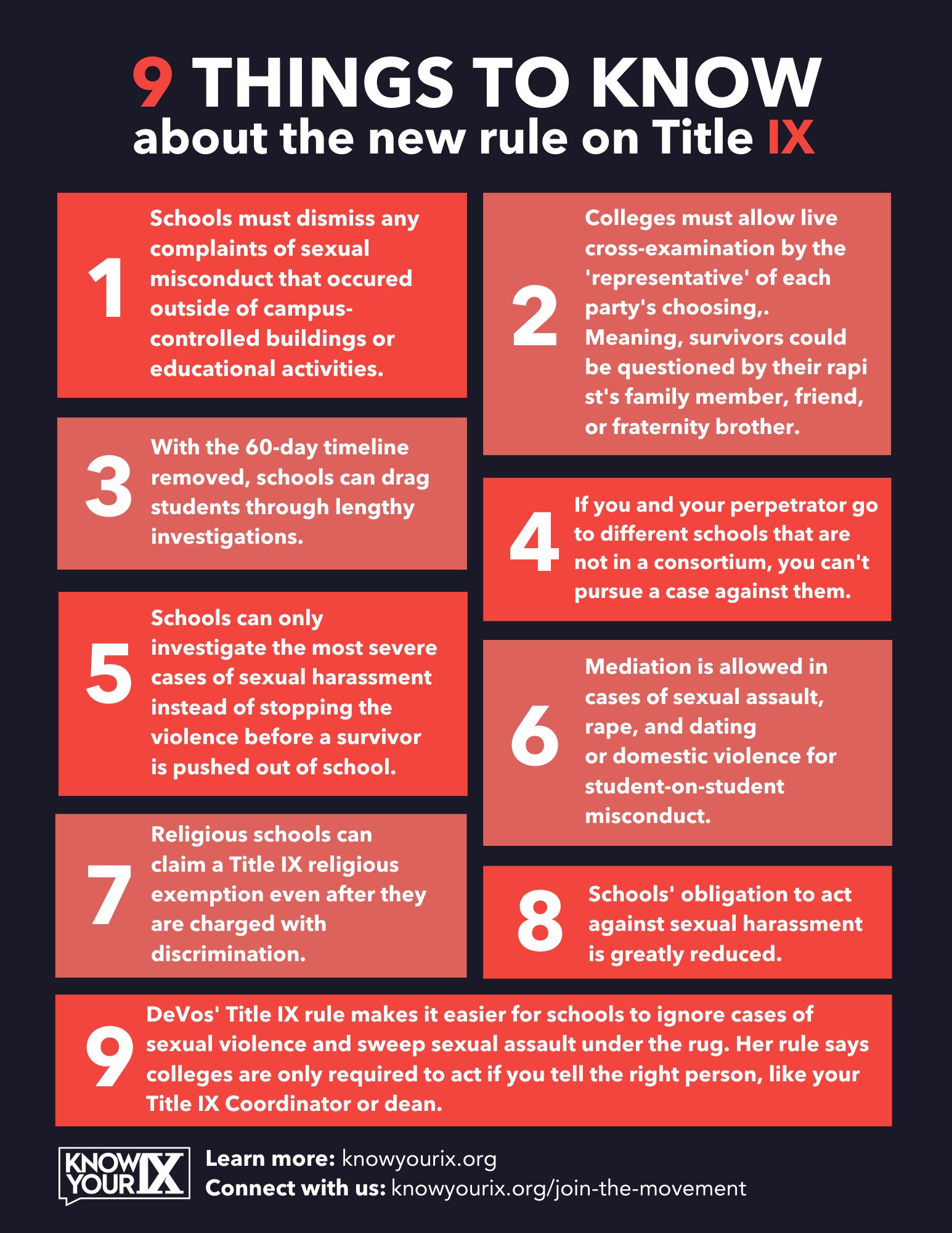 Just as you think this cannot get anymore regressive, according to these standards, coaches and athletic trainers will no longer be required to report sexual assault if they get word of it.

Previously, there were much more effective and widespread institutional changes. They mandated that athletic personnel report any misconduct that they discovered.

In other words, basic common sense.

Coaches, trainers, and others who work closely with athletes at all educational levels are mandated reporters obligated to report whenever they get word of abuse.

Think about the effect this will have if a coach at the K-12 level has a student come forward to them, and now they are free from any accountability if they don’t report.

These changes further the exhausting burden placed on survivors of sexual violence to prove the assault occurred in a culture that already grossly victim blames and shames.

It is also rooted in a non-existent problem. The notion that due process is somehow under assault has never been true.

Furthermore, these changes will have a disproportionately negative effect on historically marginalized populations such as students of color, LGBTQ students, students with disabilities, undocumented students, etc.

These populations are already dealing with systemic and structural injustice, and inequities and these rules exacerbate that.

Everyone must take charge to demand that colleges/universities and K-12 institutions don’t follow these rules that dehumanize and re-traumatize survivors of assault.

Student-athletes, coaches, athletic directors, trainers, and others involved can help. They can become more actively involved in sexual violence prevention and advocacy on and off-campus.

They should do the following:

Volunteer with, partner with, and donate to domestic violence shelters and rape crisis centers.

Get involved in campus-based and national based organizations such as Know Your IX, It’s On Us, Set the Expectation, and End Rape on Campus, to name a few. https://www.knowyourix.org/, https://www.itsonus.org/, https://endrapeoncampus.org/

Ensure that all these efforts are diverse and inclusive. When doing so, we can build bridges and become more empathic of everyone’s circumstances and backgrounds.

It’s On Us to know your Title IX and to end rape on campus.