“Your life is a gift from the creator, your gift back to the creator is what you do with your life.”

Those are words from Olympic legend and Native American icon and activist Billy Mills, who famously came from behind the win the gold medal in the 10,000 meters at the 1964 Olympics in Tokyo.

Those principles of finding purpose and being at one with a higher power is perfectly embodied by fellow track star and indigenous activist Rosalie Fish. 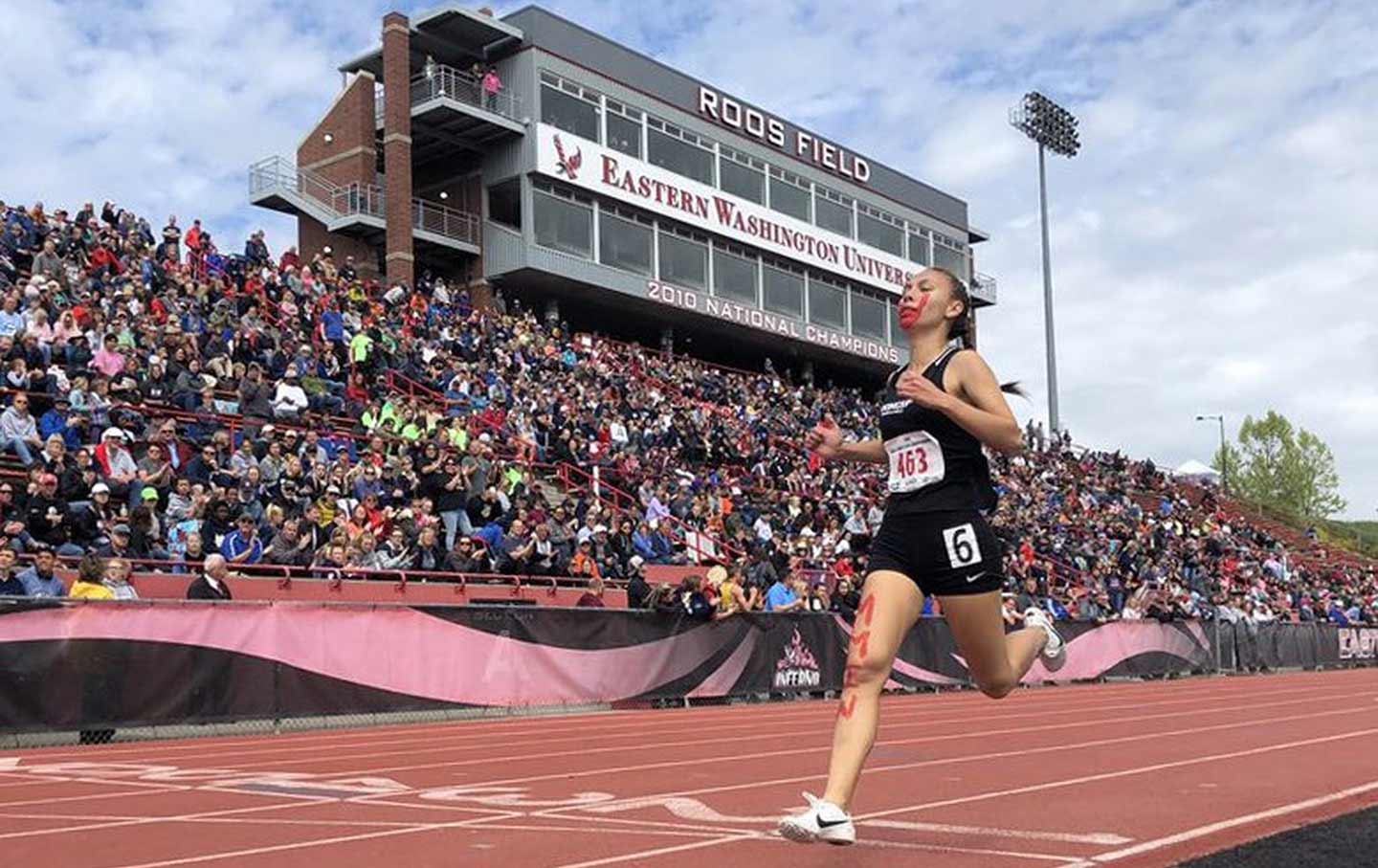 The 18-year-old member of the Cowlitz Tribe and runner out of Muckleshoot Tribal School in Washington State made headlines a year ago while competing at the 2019 Washington State 1B track and field championships, by donning a red palm print across her mouth and writing the letters MMIW on her leg. 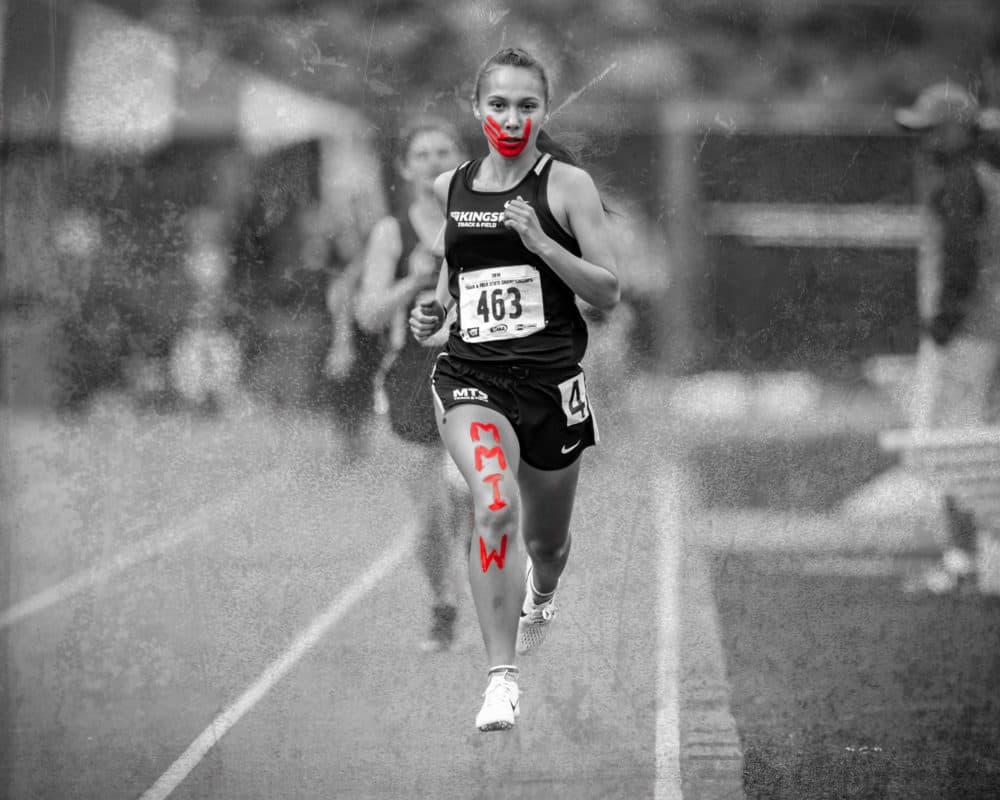 The letters stand for Missing and Murdered Indigenous Women and she was calling attention to an epidemic that is largely ignored by mainstream society.

According to the Center for Disease Control, Indigenous women are ten times more likely to be murdered compared to other ethnicities.

These murders are committed by non-Native people on Native land.

Additional staggering numbers include the following from the Coalition to Stop Violence against Native Women:

The factors to this crisis stem from 500 years of colonialism and genocide that America refuses to acknowledge.

Rosalie was compelled to make a statement after seeing a photo of fellow indigenous runner Jordan Marie Daniel don the red palm print during the running of the Boston Marathon.

“To see a Native woman as an athlete and runner made realize I need to make a statement” she said.

From there, she reached out to Jordan and asked for permission to follow in her footsteps.

Since then, they have formed a strong bond based on a mutual commitment to ensuring that their Native sisters are not forgotten.

In many ways, they are the Tommie Smith and John Carlos of their generation.

The current COVID-19 pandemic has exacerbated this among other issues affecting Indigenous communities.

Rosalie says “the COVID-19 pandemic has taken away platforms for people to raise awareness.”

But she is adamant that people don’t forget about MMIW and is currently pursuing much needed and long overdue policy changes, including the reauthorization of the Violence Against Women Act.

“It provides a safety net for all survivors” she said.

The landmark law was last reauthorized in 2013 that included historic protections for Native women.

It was reintroduced for reauthorization after its expiration date in 2018 but has lagged in the U.S. Senate due mostly to pathetic so-called leadership.

While she is helping to lead the charge for justice, Rosalie has some advice for those who want to become more involved.

“Become more familiar with basic facts and figure out why it is happening. Be prepared to refute any counterarguments” she said.

She also challenges people to combat many myths associated with the crisis.

Rosalie Fish is a fearless legend in her own time who is unapologetically herself and standing in her truth.

She is to be seen through a light of resilience who keeps ongoing and will not compromise herself or principles.

She carries that with her both on and off the track.

She runs to win and to be heard.

Let’s not just watch, but listen.

Hip Hop, Sports, and the Failure to Listen