The killings of George Floyd, Breonna Taylor, Ahmaud Arbery, Rashard Brooks, Tony McDade, and others have the nation on its heels.

The ever-growing movement for racial justice has trickled down to the world of college athletics.

At the University of Missouri, athletes are joining the call for equity.

The group was formed in August and is comprised of black athletes from different sports.

Their official launch culminated in a rally held on September 2nd.

Starting from the University columns and ending at Memorial Stadium, athletes, coaches, faculty, and administrators joined in a united front. 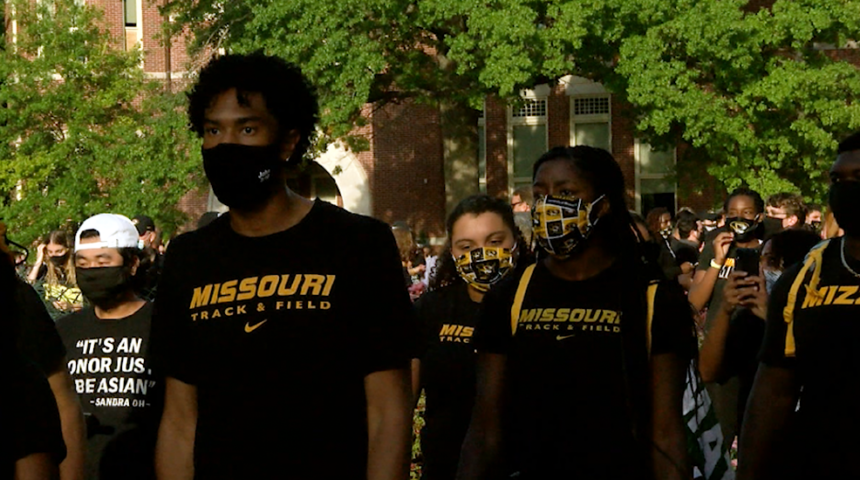 One of the speakers was MBSAA Vice President Keiarra Slack of the Women’s Soccer team.

She said that the group is focusing on education about different social issues.

They are building bridges between the athletes and the campus community.

MBSSA is becoming a networking site for athletes.

In the midst of COVID and sports working to transition back into “normalcy”, Keiarra sees the work of MBSAA getting stronger.

She stated that MBSAA has been getting props from their peers.

Faculty and administrators have offered their share of support.

Strategic solidarity at all levels is greatly needed.

Social media is how people can connect to what MBSAA is doing.

MBSAA is part of a sea change.

They are fully aware of their power and influence.

For that, they are solidifying their place in history.

A tradition worth preserving.

Maya Moore: Time Off Paid Off