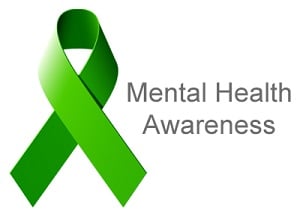 It is now September and that conjure up multiple meanings for many people.

It means the month of Labor Day.

It means back to school for most.

It means the end of summer.

It means the start of football.

Let’s take some time to focus on those last two and you’ll see how they are not entirely distinct from one another.

Sports is now tackling the issue of mental health in some way. The NBA most prominently is taking steps to ensure that their players have access to resources and professionals to address their needs.

At the same time, there is a similar ongoing effort on the part of college athletes.

There have been recent cases in which college athletes have died by suicide over the last several years.

In 2014, Madison Holleran, a freshman on the University of Pennsylvania Track team took her own life.

In January 2017, Jordan Hankins, a basketball player at Northwestern University killed herself in her dorm room.

These are just some examples of the mental health and suicide crisis that is occurring on college campuses and the impact it has had on athletes.

According to the Center for Disease Control, Suicide is the 10th leading cause of death in the United States, but the 2nd for college aged students.

The prevalence of suicide is four times greater in young men than young women.

That can be attributed to the traditional constraining notions of what manhood and masculinity is that precludes men and boys from seeking out help and admitting any pain or vulnerability.

The rate for college athletes is unknown, but a University of Washington study showed that there were 477 suicides between 2003 and 2013 out of 500,000 student athletes.

That is about 48 suicides per year according to the study.

There is not a direct cause for suicide, but there are many contributing factors that comprise of already existing health issues and added stressors that converge to create feelings of hopelessness and despair.

These factors can be physical and mental health related such as doubts with depression, substance abuse problems, bipolar disorder, physical problems relating to pain, and traumatic brain injury, which the latter is not uncommon in sports such as football or hockey.

Other factors can be environmentally related such as access to firearms and other lethal instruments.

Relentless harassment or bullying at school or the workplace.

Finally, historical factors such as childhood abuse can play a role.

Knowing these warning signs and knowing the symptoms can better prepare people to respond and that includes athletes, coaches, athletic directors, team staff, and athletic departments.

Already college football is being forced to confront mental health related issues in a variety of ways.

They are focusing on the personal aspects of the athletes lives such as the balance between academics and athletics, the expectations that come with being a student athlete, and also their lives on social media.

That is a good start, but there is much more to be done.

Coaches, trainers, and other staff should be trained and certified in Mental Health First Aid.

Teams should participate in regular workshops before, during, and after their seasons on mental health.

Athletes should take a mental health screening along with their physicals during the pre-season.

The Adverse Childhood Experiences exam (ACE) should be implemented during pre-season to assess how any past childhood traumas affect their physical and mental well-being at this time.

At the end of the day, we cannot go into a new season of college athletics without looking into how these spaces can be safer and welcoming to all.

In addition, we need to keep reminding anyone who is struggling that they are not alone.

There is nothing weak or soft about asking for help

Let’s play the game the right way and let’s save some lives in the process.

Get $10 off your first SeatGeek purchase!