Transferring to CSU from Portland State University his junior, Kamal has always been on the move.

He’s on a mission to take his talents to the international stage as an Olympic hopeful. 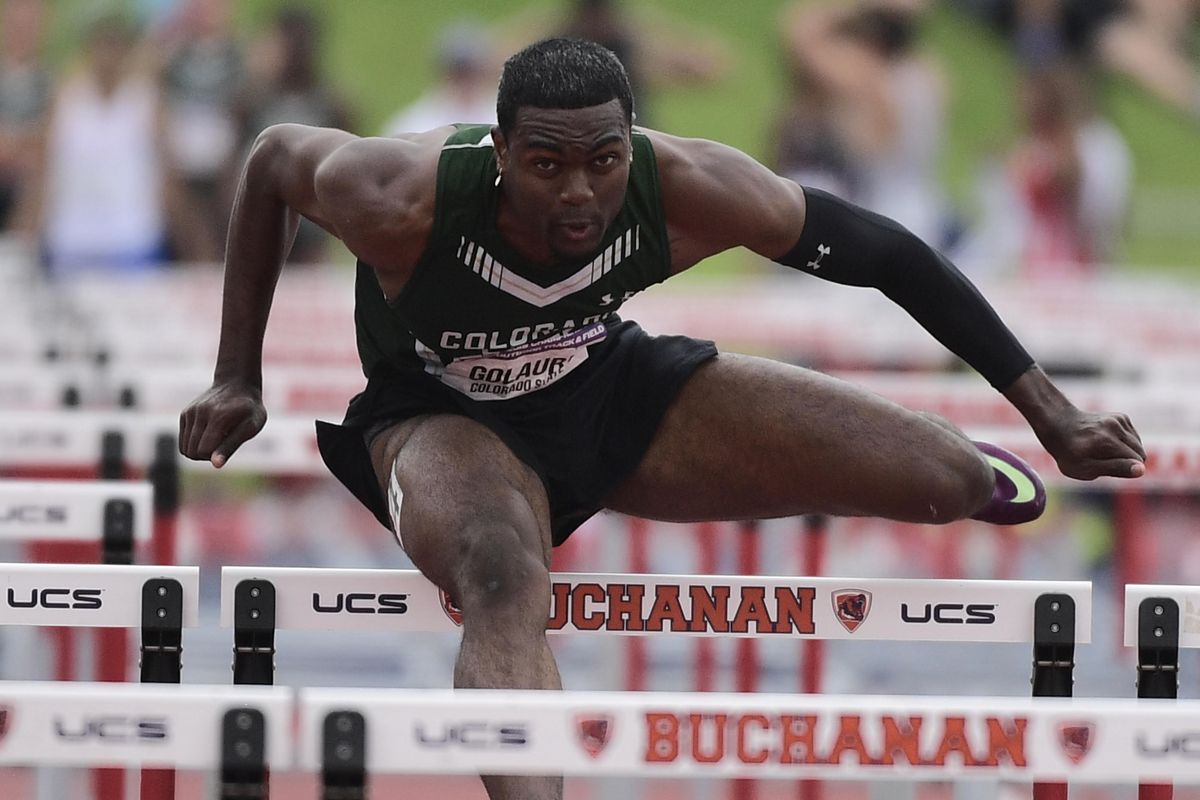 Along the way, he’s committed to the pursuit of equality.

Kamal has found his voice as was the case with many college athletes throughout the course of the tumultuous summer of 2020.

Along with COVID’s wrath, there was the scourge of racism and police violence culminating in the murders of George Floyd, Breonna Taylor, Ahmaud Arbery, Tony McDade, Rashard Brooks, Walter Wallace Jr., and others.

Those collective tragedies spurred athletes to take action and leverage their power in ways that haven’t been seen in decades.

As an openly gay black man, Kamal has committed himself to intersectional justice that forces society to reckon with racism, sexism, homophobia, transphobia. He launched a chapter of Athlete Ally on the CSU campus advocating for LGBTQIA+ equality in sports.

As he continues to grow as an athlete, he intends to maintain a balance of athletic excellence and social excellence.

Kamal talks here about his journey, his identity, and his aspirations for being an athlete with a conscience.

Zach Draves: Tell me about yourself?

Kamal Craig-Golaube: I was born in Florida. I lived in Jamaica and Florida and went to high school in Hawaii. I was moving around a lot because my parents work in hospitality. What led me to track was that track is continuous and I feel that I must be on the move.

ZD: What led you to use your voice?

KCG: I have a lot of individuals in athletics who have inspired me. I have never more support than from athletic services. Athletes are more than their sport. If we rise up, they will be forced to listen. They have to listen to us. As a black man at a PWI, my experiences are not the same as white fans and white athletes. One of the softball players at CSU (Jordan Acosta) lead the charge to get athletes to make a statement and to implement the initiative of Black Lives Matter T-shirts within CSU’s Athletic Department. We believe in the visibility of our underrepresented and minority athletes. We continue to speak out on issues such as combating anti-trans bills in states such as Idaho.

KCG: Before coming out, I never really thought about the significance of the month of October. Now it means so much to learn about the history. I am now more comfortable with myself and my identity. It brings me joy. It reminds me that we have come so far but we have so far to go.

ZD: How can people support you?

KCG: A way that people can help, educating yourself. Watching documentaries, reading books, and supporting certain organizations. Educating yourself on supporting other individuals. So much you can do. Listen to each other and become an active listener.

Kamal is making it clear that he is unapologetically himself and is riding a wave of support that will take him to the Olympic podium.

Be on the lookout for him to achieve great heights while speaking truth to power.

He has arrived and it is at the exact right moment.