Before heading into Game 4, the Milwaukee Bucks found themselves in a 3-0 deficit against the Miami Heat. Role players were lacking in productivity and head coach Mike Budenholzer’s style of coaching was in question. When Giannis Antetokounmpo re-injured his ankle in the first half of that Game 4, it seemed like all hope was lost for the Bucks. But their second-best player in Kris Middleton unleashed his all-star prowess in a do or die situation. As he propelled his team to a 118-115 victory to avoid the sweep.

Middleton is no Middle Man

Middleton put out an absurd stat line of 36 points, eight rebounds, and eight assists, hitting heavily contested clutch shots down the stretch. But his most notable stat of the night came in his minutes, as he played an overall 48 minutes in regulation and overtime. Before this, he played only 37 minutes or less in the first three games of the series. This not only had Budenholzer’s decisions under fire but capped Middleton’s ability to produce on the floor.

In Game 3, he was only able to get 16 shots up and come out with 18 points. But with the Greek Freak out, the team looks at Middleton to be the main man to isolate and create his own shot. Something he couldn’t do as much with the MVP on the floor on top of Budenholzer’s minimal minutes tactic.

Miami is known to have a stifling defense in clutch moments. Players like Jimmy Butler, Jae Crowder, and Goran Dragic have been able to suffocate the perimeter to secure their prior wins. But Middleton, a second-round pick in 2012, showed Erik Spoelstra’s squad that Antetokounmpo isn’t the only player they need to worry about.

This game didn’t just result in the Bucks season staying alive, but it is the perfect scenario Middleton needs in order to individually progress if this series continues to extend.

It plays out perfectly. Giannis out, win or go home, came down to the wire. All Middleton needed to do was execute, as he did that and more. This added confidence moving forward will only better his team’s chances to pull off the miraculous comeback and win the series. A feat no team in NBA history (0-139) has been able to accomplish.

It was noticeable that Middleton’s own assurance began to waver facing the number one defensive team in these playoffs. But he isn’t the only one to benefit from this pivotal mental boost.

The Bucks had six players in double figures, getting significant minutes increase as well. Second-year guard Donte DiVincenzo hit the most pressure-filled free throw of his brief career to give the team a chance in overtime. Brook Lopez drained two crucial three’s to close the gap as well. Eric Bledsoe was also a huge catalyst, coming out with 10 boards despite being the smallest player on the floor. And George Hill was able to facilitate with 12 points in 37 minutes of play. 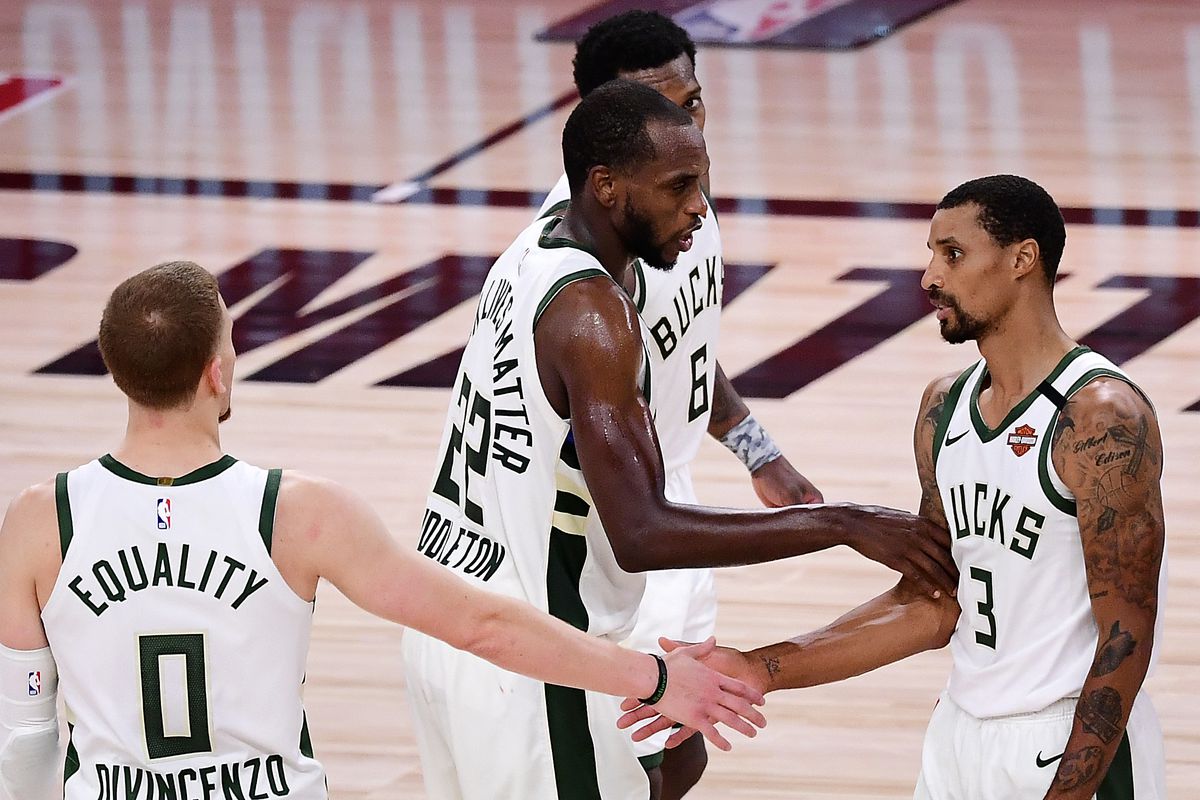 Middleton is to no surprise with Milwaukee’s ability as a whole. They are the best team in the league for a reason.

He stated in a post-game interview, “We’re a complete team. He’s [Antetokounmpo] the MVP, should be again this year. But we still have a hell of a team behind him….We’re going to fight to win every night.”

As their season still holds life, the Greek Freak’s return is still questionable. Budenholzer needs to use this game as his realization to keep his best players out there longer in these playoffs. But more importantly, Middleton needs to continue playing like the all-star he is. Because his teammates know that they need him now, more than ever.

Game 5 is on Tuesday.

Post Views: 60
About Henry Curi 32 Articles
Henry is a passionate sports content creator originally from Cochabamba, Bolivia. He grew up a die hard Boston Celtics fan and has immersed himself in the world of sports as a whole. He has limitless capacity to bring sports fans and beyond, content that they can not only enjoy, but really resonate with. Henry is more than just a sports writer, he is a storyteller. One that looks to redefine the norms and make something special for everyone.

Can the Portland Trail Blazers Shock the World?

There Is A New Sheriff In The NBA Eastern Conference… The Milwaukee Bucks.