Dr. Martin Luther King Jr. once said: “The time is always right to do right”.

That quote can perfectly sum up the impact Curt Flood has had on all of sports.

50 years ago, the St. Louis Cardinals outfielder was traded to the Philadelphia Phillies, but he refused to show up in the city of brotherly love.

This was a risky move at a time when the owners of teams had all the power to do what they desired when it comes to the player’s careers.

This was known as the Reserve Clause.

It was included in the player’s contract, stating that their rights were retained by a single team for a lengthy period of time.

In other words, once they signed with a team, they were stuck with that time for life, unless they were traded or given their unconditional release.

The players had no power or control over their destiny.

Teaming up with Marvin Miller, the groundbreaking leader of the player’s association and an icon of the labor movement, Curt stepped up to the plate. 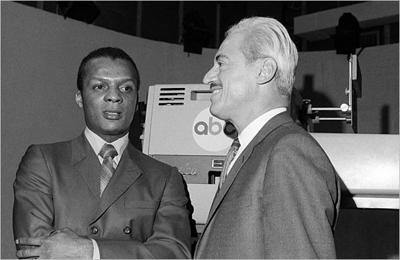 He took the extraordinary step to sue MLB on the basis of anti-trust violations, because MLB was a form on interstate commerce, meaning the sale and purchase of goods, commodities, and the transportation between states as stated in Article 1 of the constitution.

That point is noticeably evident given the selling and purchasing of tickets to games, buying jerseys and other merchandise, and the teams traveling all over the country.

Curt was very adamant about his position and he made the bold declaration that given baseball’s stranglehold on his career, he was a “well-paid slave”.

He was making $90,000 a year as an MLB player, two to three times what the average American was making 50 years ago, but he wasn’t able to make his own decisions and go about as he pleased.

To him, it was about principles over profit.

Sadly, he didn’t have any of the active players at that time come out and support him.

Even after he got approval from the player’s association to move forward, they refused to publicity stand with him.

Although Jackie Robinson, Hank Greenberg, and Bill Veck came to testify on his behalf, no active player attended the trial.

He had to fight this battle alone.

Eventually, the case went all the way to the Supreme Court, where they ruled in favor of MLB by a 5-3 majority.

Curt was then forced into exile. He was bombarded with hate mail and death threats as well as financial struggles.

He was told that he would never have another job in MLB.

After a period of time, Curt left the country and relocated at one time to the island of Majorica in the Mediterranean.

He had limited options upon his return including broadcasting for the Oakland Athletics and being commissioner for the short-lived Senior Professional Baseball Association.

In the end, he never truly got the credit for leading the way to free agency in baseball.

It wasn’t until pitchers Dave McNally and Andy Messersmith in an arbitration ruling were allowed to become free agents.

Players in every major sport now are unrestrained and can move from team to team in the same way that average citizens move from job to job.

They follow the playbook of Curt Flood to the tee.

He along with Marvin Miller will be remembered for helping to build a bridge between athletes and the labor struggle solidifying that athletes are workers who deserve protections, collective bargaining rights, and free will to make choices.