The first Saturday of December 2015 was an absolute fantastic College Football Saturday, even more exciting than the pageantry of the New Year’s Day (or New Year’s Eve for some this season.) This day full of conference title games, with some having national championship implications, certainly had all the excitement of any January 1st games.

From 8 pm until midnight, we really put the remote and picture-in-picture to use as we were going back and forth between games at the pace that Chip Kelly used to coach……. FAST.

The day began at noon with Southern Mississippi and Western Kentucky facing off for the Conference USA title down in Bowling Green and two of the better quarterbacks no one knows about. USM’s Nick Mullens and the Hilltoppers’ Brandon Doughty, who had combined for 77 TD passes prior to Saturday. Doughty didn’t disappoint, as the high scoring game went to WKU, 45-28 with the Hilltopper QB throwing for 410 yards.

In another non-Power Five Conference title game, the #22 Temple Owls traveled to #19 Houston and took on the Cougars for the American Athletic Conference and to make a statement that Owl program is revived. Houston arrived to the game, but Temple looked unprepared and asleep for two and half quarters and was fortunate to make the game look closer at the end of a 24-13 Houston win. Greg Ward Jr. was on full showcase, as the Cougar QB was dominant in leading his team to the victory.

After the noon games, there was little time to get ready for the SEC tilt between #2 Alabama and #18 Florida. The Crimson Tide and Gators came into the game as the fifth and seventh ranked defenses, respectively, in the nation. Alabama won by 14 points, but they completely dominated Florida at times, as the Gators hung in until the half. Derrick Henry’s Heisman Trophy run was up and down during the game, but he finished strong. Make no mistake though, Florida is real good under new coach Jim McElwain and will be contenders in the years to come. Alabama is scary good and is powerful at almost every position.

As that game was coming to a close down in Atlanta, I put fresh batteries in the remote, drank a few espressos, set an alarm so not to fall asleep, and settled in for the three primetime games featuring the ACC, B1G, and Pac 12. 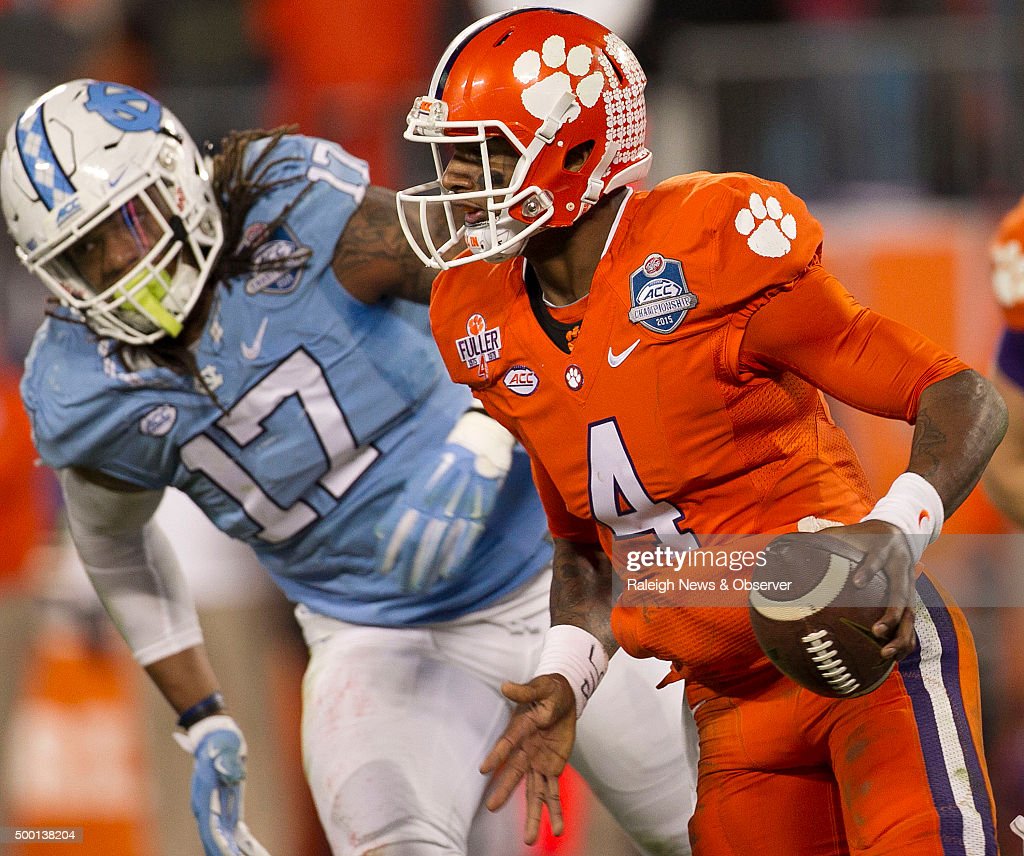 North Carolina entered the ACC Championship game against the #1 Clemson Tigers ranked tenth and looking for a different credibility than that of Temple. The Tar Heels had been tagged with a perceived easy schedule, even though they came to Charlotte with an 11-game win streak. Clemson’s Heisman candidate, QB Deshaun Watson, passed and ran the Tigers to 45-37 over the not-offsides Tar Heels to retain the #1 seed in the College Football Playoff. UNC competed right until the final drive and has served notice that it’s not all about hoops in Chapel Hill.

The other Heisman hopeful participating in Championship Saturday was Stanford’s Christian McCaffrey and his #6 Cardinal teammates taking on USC for the Big 12 title and Stanford did not disappoint. McCaffrey ran and threw early to get his team out to a lead that they would never relinquish. This game had no real Playoff implications, but watching McCaffrey, who would set the single season record for all-purpose yards, was exciting as he has the potential to score in so many ways, now he’ll be packing his bags for NYC and an award ceremony of some sort. 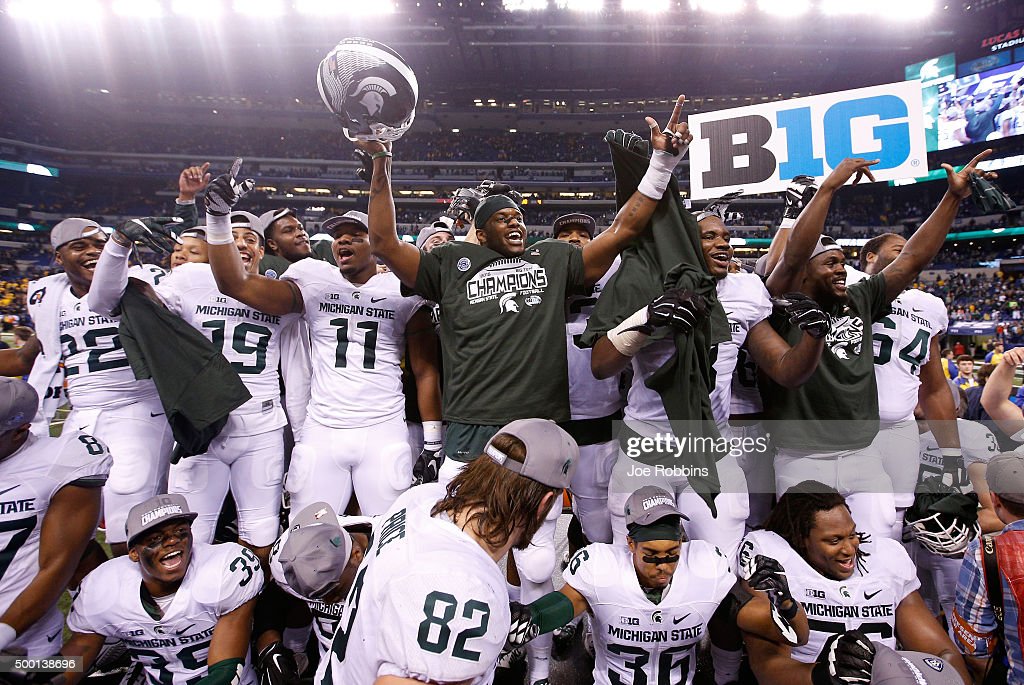 And finally, the game that most of the country was patiently waiting for, the battle for the B1G between the Connor Cook lead #5 Michigan State Spartans and unbeaten, untested #4 Iowa. This game was by far the best of the day. Michigan State prevailed 16-13 in a game that TDs didn’t happen until the fourth quarter and in the Spartans’ case, the final 27 seconds. Iowa certainly passed the test of how good they are and silenced some critics, but did come up short to Michigan State, the forever underdog, a role that coach Mark Dantonio relishes.

What a day! I’m sure not much holiday shopping or yard work got done on this day by college football fans, there was just too many quality games to watch. The leaves waited and purchases were made from the comfort of one’s recliner and for the record, it was tough to get to sleep after all those espressos.

December 5, 2015 was a such a fun day/night for College Football and its fans, and was every bit as riveting as the games that will be played on New Year’s Eve, Day or January 3 will be.

5 Things We Learned About Week 10 In College Football