After losing Game 7 in the first round of the playoffs, Oklahoma City Thunder’s general manager Sam Presti decided to let go of head coach Billy Donovan. But not too long after, the Chicago Bulls have hired Donovan as their new head coach this past Tuesday, looking towards him as the new leader for this young and talented roster.

This new acquisition for the franchise may prove to be a pivotal one, as Donovan is no scrub.

He was at the helm of a Thunder team who had zero expectations of making the playoffs after losing Russell Westbrook to free agency.  Instead, he was a huge catalyst to why they made this year’s postseason as the seventh seed in the West. 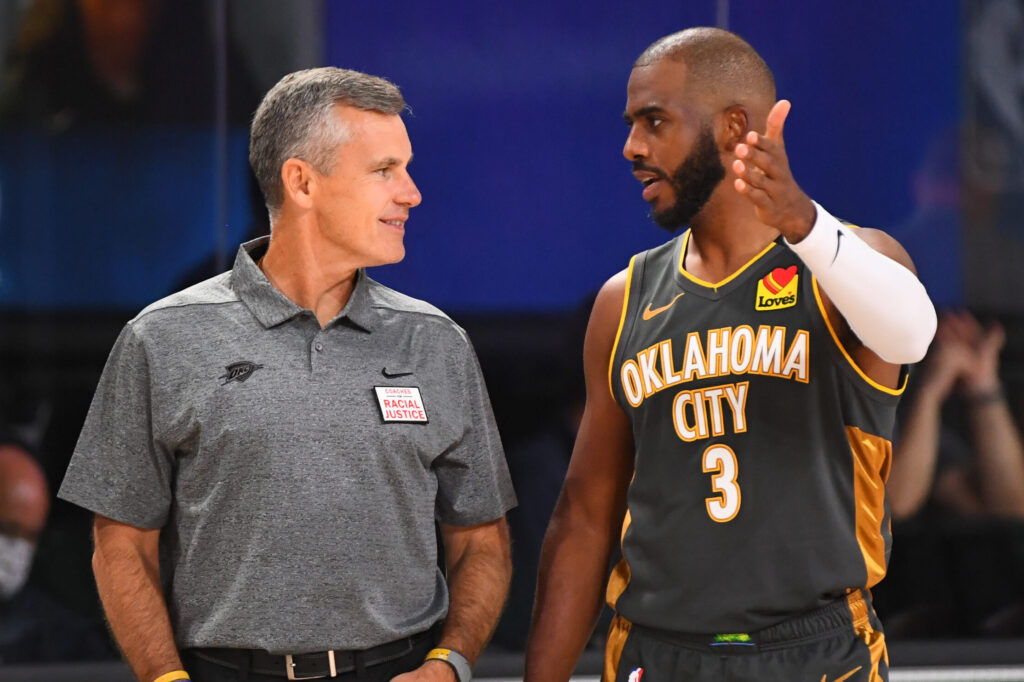 Now, the 55-year-old New York Native has an even tougher assignment on his plate. To get the Bulls back into the playoffs for the first time since 2017 and mentor a young group of guys to potential breakthroughs.

He has the right guys to do just that too.

The Bulls average age is only 22-years-old, making them inexperienced as much as they are promising. Last season, Chicago was led by a rookie Coby White and six-year guard Zach Lavine.

Donovan is arriving right on time to guide these two players. White was named to NBA second-team all-rookie, after averaging 13.2 points. Lavine is continuously improving and expanding his game year after year. He has turned himself from just an athletic dunker to a serious perimeter threat.

The 13th pick in the 2014 draft averaged a career-high 25.5 points on 45% shooting from the field last season. Not only becoming the best offensive player on the team but proving his own worth after suffering an ACL tear back in 2017. An injury that’s been evident to ruin many careers in the past.

The trajectory to see ongoing individual growth is there, along with other capable players such as Lauri Markkanen and Wendell Carter Jr. But the true challenge, is to succeed as a team.

The franchise finished with a 22-43 record as the 11th seed this season, under former head coach Jim Boylen. A coach that had a destructive relationship with their star Lavine.

There were times in the season that Lavine explicitly questioned Boylen’s coaching decisions in late-game situations. The two were barely, if ever on the same page. That caused chemistry issues that trickled down to the rest of the team.

With that now in the past, Donovan’s multi-year deal will be his proving ground. In his five-season with the Thunder, he was able to make the playoffs each time and ended his tenure with a 60.8% winning percentage. Of course, he had a few all-stars at his disposal as well.

But that’s not to write off his coaching prowess. His combined 26 years of experience with both collegiate and NBA basketball have come with numerous amounts of awards and accolades.

Now can he transfer his own success to a team that is in desperate need of his direction? It’s looking like that may be the potential case in such an unexpected league.

Post Views: 22
About Henry Curi 27 Articles
Henry is a passionate sports content creator originally from Cochabamba, Bolivia. He grew up a die hard Boston Celtics fan and has immersed himself in the world of sports as a whole. He has limitless capacity to bring sports fans and beyond, content that they can not only enjoy, but really resonate with. Henry is more than just a sports writer, he is a storyteller. One that looks to redefine the norms and make something special for everyone.