The second round of the NBA playoffs is set for the Western Conference. After defeating the Oklahoma City Thunder in a thrilling and unorthodox finish, the Houston Rockets are paired to face the Los Angeles Lakers. A Lakers team that has won its first playoff series for the first time since 2012. Led by the dominant duo of LeBron James and Anthony Davis. The biggest question for the Rockets and Mike D’Antoni’s system is, will their small-ball play prove to be effective against an oversized LA squad? A team that has a definite advantage with players that tower the paint compared to them.

In the three times that they’ve faced each other in the regular season, Houston came out victorious in two of those games. James Harden and Russell Westbrook were in full sync with one another. They poured an absolute show offensively against an elite defense.

The second of that trio of games saw Westbrook explode for 41 points as Harden followed that with their next meeting with the Lakers by dropping an effortless 39 points.

But as history has shown, both those superstars tend to shrink as their view of a championship starts zoning in. 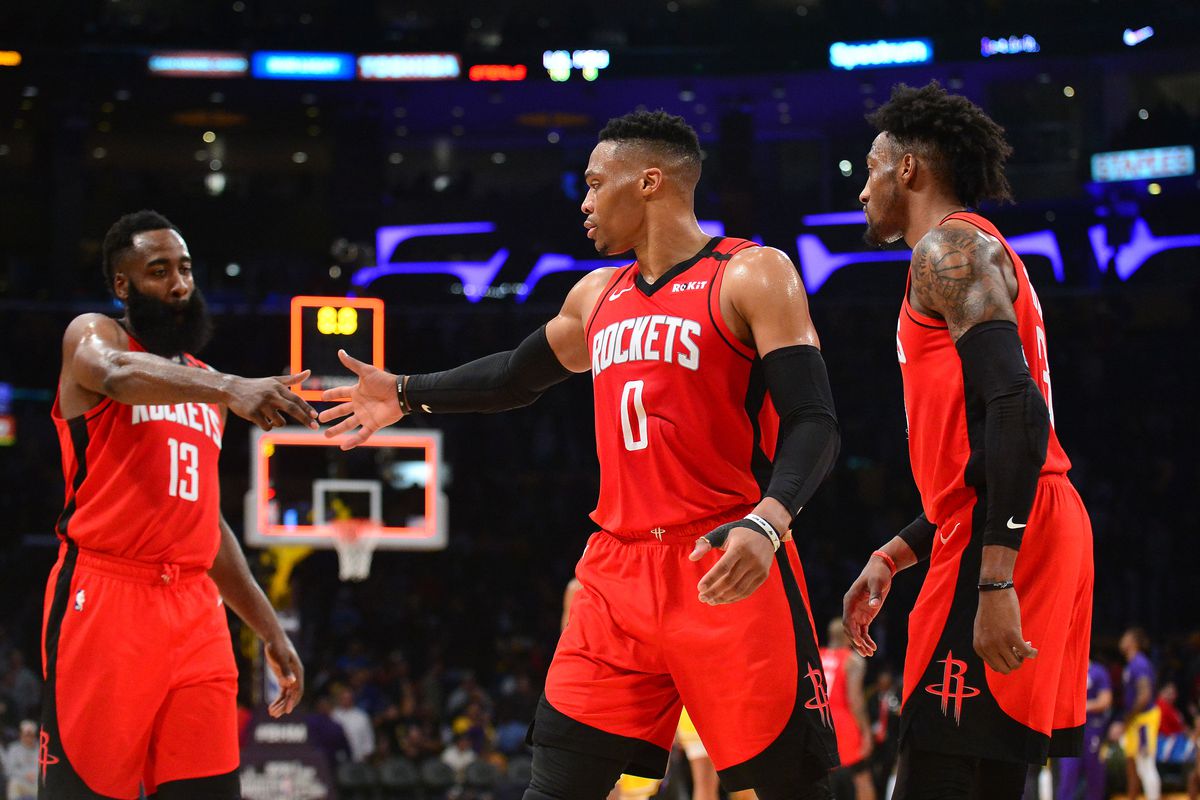 In-game 7 against the Thunder, Harden went 11-22 from the field. Which is not bad, actually efficient shooting at 50% overall. But his biggest flaw that became exposed was his shooting from beyond the arc. The beard went an awful 3-11 from three-point range, which is something he can not allow himself to come to against the Lakers.

That type of poor long-range shooting will force him to attack the paint more. But this time, he won’t be going against a Steven Adams or a Nerlens Noel. He’ll be driving against players with dominant size such as Davis, Dwight Howard, and Javale McGee. With Davis being a runner up for defensive player of the year this season and Howard being a former three-time winner of the award. The challenge is there, but it can also be avoided with offensive efficiency.

In the regular season, he averaged more points and shot more efficient (54%) compared to his first-round stats (48%) against a Thunder team that should’ve only gotten six games out of them at most. Regular season Harden needs to translate to postseason Harden if they want to keep advancing. 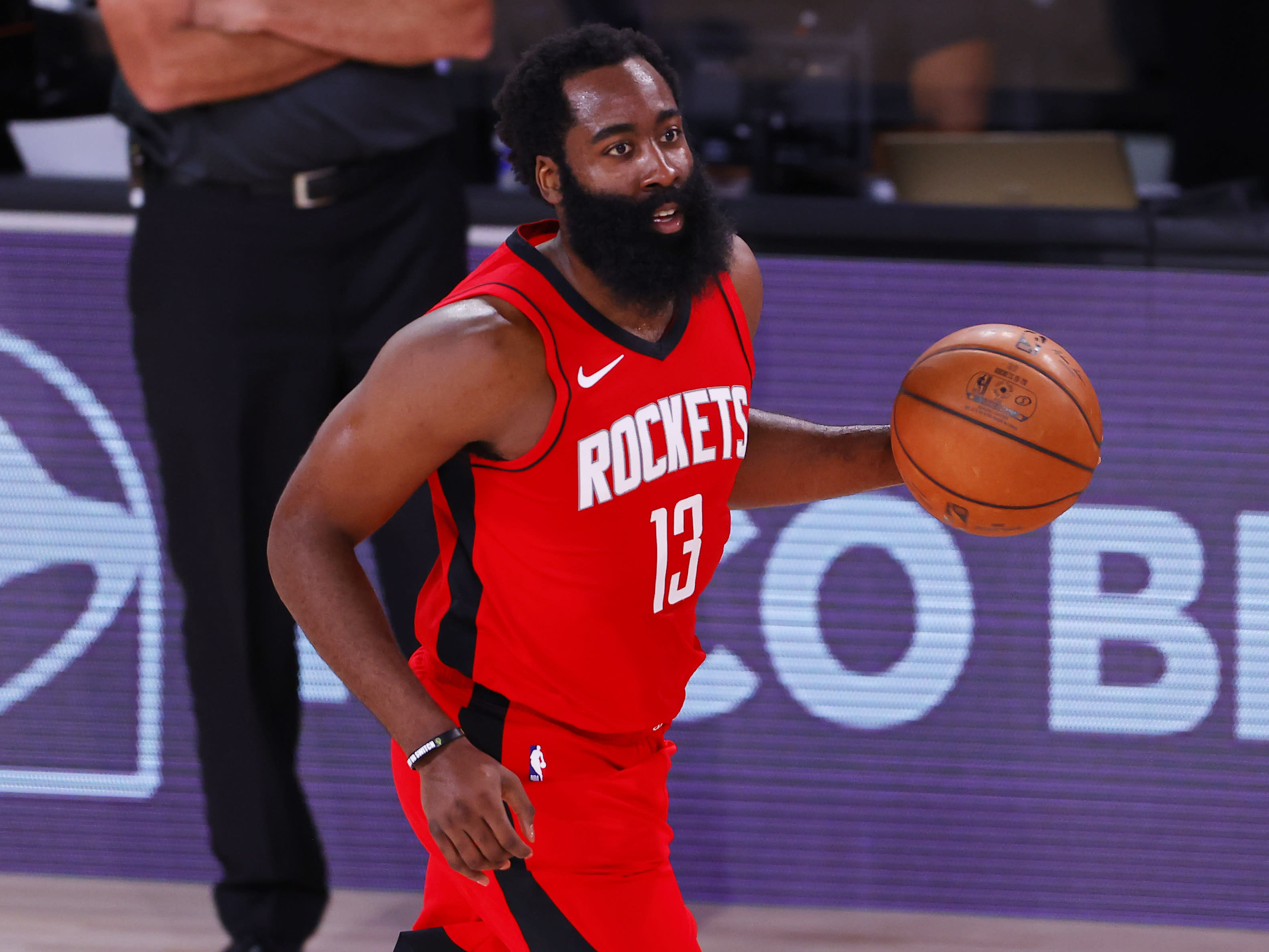 For Westbrook, he’s coming back from a tedious quad injury. Usually, coming back from an injury it will take time to get back in the groove of things and gain individual momentum. He didn’t enter the Thunder series until game 5. It was noticeable that he was rusty from being his usual explosive and attacking self. The 12-year veteran only averaged 12 points on 39% shooting against Oklahoma City. But that’s not necessarily in accreditation to his lack of play, but his delay of competitive basketball due to his injury.

He’ll seek to get back to that Westbrook that opponents know as an all-around threat. Also cleaning up his act of being a liability to his team at times. Westbrook had seven turnovers in games 7.

But as he averaged 27.2 points per game in the 2020 regular season, it’ll be mainly a battle with himself to get back to that stature. Especially during such a crucial time.

Houston’s role players must also step it up because as mentioned before, they are simply undersized. With P.J Tucker (6’5) starting at center, he’s been holding his own at such a difficult position for his height. But his challenge that lies ahead with facing the Lakers size will really push him. Either over the top or to complete defeat.

Eric Gordon and Robert Covington are just as big as factors to win like Harden and Westbrook. When they get it going from the perimeter, the Rockets floor spacing may be too much for even the Lakers best defenders to contain. But this potential advantage gets clouded by the team’s theme of inconsistency throughout.

Game 1 is on Friday. Soon enough, players and fans will get the answers to these uncertainties. Hopefully in the same emotional fashion that these playoffs have been showcasing as of late.

Post Views: 68
About Henry Curi 33 Articles
Henry is a passionate sports content creator originally from Cochabamba, Bolivia. He grew up a die hard Boston Celtics fan and has immersed himself in the world of sports as a whole. He has limitless capacity to bring sports fans and beyond, content that they can not only enjoy, but really resonate with. Henry is more than just a sports writer, he is a storyteller. One that looks to redefine the norms and make something special for everyone.

The Golden State Warriors: It is Time to Evolve as Fans